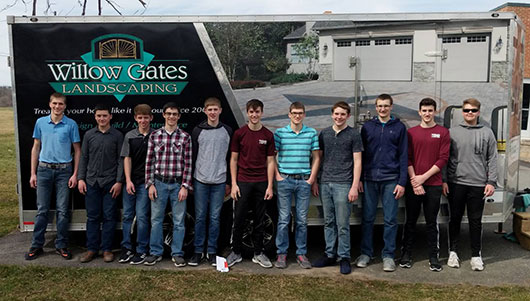 Training employees has been one of the keys to the success of my company. Without our focus on training, we would not be doing the large involved projects we do, our profits would not be as high and our employees’ pride in their work wouldn’t be near where it is today.

Consultant Marcus vandeVliet once said that an employer had asked him, “What if I train my employee and he leaves?” Marcus replied, “What if you don’t train him and he stays?! The point is: Even if a well-trained employee eventually leaves, at least you had the benefit of increased productivity while he was with your company.

Let me explain more about the role training has had in my company. We began hardscaping in 2006 and completed our first large project in 2007. Early in 2008 I finally took the ICPI course; I learned things that would have saved us a few failures those first 2 years – AND that would have greatly sped up a few projects!

But over the next seasons I still felt we were just an average company … and I really didn’t like being average! Some projects just took too long. Complicated projects felt like they were just a bit beyond our capabilities. So late in 2011, I vowed that it was do or die. I was done being average.

At the same time, I began pushing my crew members further. While we had offered ICPI and NCMA courses previously to a few employees, they now became mandatory. I pushed them into classes wherever I could. Certainly our company has reaped the rewards. Increased productivity and reduced callbacks? Of course. But I believe it has also been a morale builder. If employees know I’m investing thousands of dollars in their training, it demonstrates my belief in them and my desire to see them grow their career.

I’ve been privileged to become an ICPI and NCMA instructor. Certainly I owe a lot to my local dealer, Sauder’s Hardscape. They’ve supported my dream of becoming an instructor, and they’ve helped me get started by sponsoring many of my courses. The majority of the courses I’ve taught were in my local service area with other contractors attending.

So, occasionally I’m asked why I’m willing to train my competition. I have 2 reasons… 1) I stand on the shoulders of giants and I believe in paying it forward. 2) I’m never afraid of a well-trained competitor; at least we’ll be competing on a level playing field. I don’t like to compete against the guy who doesn’t know better, who is just “throwing bricks on the ground.” Nor do I enjoy consulting on failed projects and explaining to an unhappy homeowner why their project has failed.

In a similar vein, I’ve never been afraid of extensive training for my crew members. Could they take that training to another contractor or start their own business and compete against me? Of course. It’s my job to make sure that while they could leave, they never want to do so!

I’m starting to see crew members with skills matching, and in some cases even exceeding mine. It feels a little strange, even threatening at times. But mostly, it feels good. It’s the next step in growing my company and frees me up to work on my company rather than in it. 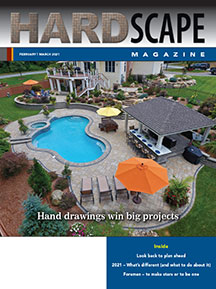