The Multifamily Production Index (MPI), released by the National Association of Home Builders (NAHB) today, improved for the eighth consecutive quarter with an index level of 54. It is the highest reading since the second quarter of 2005.

The MPI provides a composite measure of three key elements of the multifamily housing market: construction of low-rent units, market-rate rental units and "for-sale" units, or condominiums. The index and all of its components are scaled so that any number over 50 indicates that more respondents report conditions are improving than report conditions are getting worse. In the second quarter of 2012, the MPI component tracking builder and developer perceptions of market-rate rental properties recorded a level of 63 and has been over 60 for four consecutive quarters--the longest sustained period of strength since the inception of the index in 2003. For-sale units had its highest reading since the fourth quarter of 2005, coming in at 41, while low-rent units recorded an all-time high of 61.

"The apartment and condo housing sector is continuing on a path of steady recovery as new construction has increased to try to keep up with current consumer demand," said W. Dean Henry, CEO of Legacy Partners Residential in Foster City, Calif., and chairman of NAHB's Multifamily Leadership Board. "However, credit continues to be an issue for many developers around the country, making it difficult to keep pace with this demand."

The Multifamily Vacancy Index (MVI), which measures the multifamily housing industry's perception of vacancies, increased five points to 36, bringing it back approximately to the level it sustained throughout 2011. With the MVI, lower numbers indicate fewer vacancies. After peaking at 70 in the second quarter of 2009, the MVI declined consistently through 2010, then held steady at either 35 or 36 in every quarter of 2011.

"The strength of the MPI suggests that multifamily production is likely to increase somewhat going forward," said NAHB Chief Economist David Crowe. "Multifamily production has already recovered substantially from a historic low of about 110,000 starts a year in 2009 and 2010 to the current annual rate of a little over 200,000. However, prior to the downturn multifamily starts remained about 300,000 per year for 12 consecutive years, so there is room for further improvement before apartment and condo production return to normal, sustainable levels."

Historically, the MPI and MVI have performed well as leading indicators of U.S. Census figures for multifamily starts and vacancy rates, providing information on likely movement in the Census figures one to three quarters in advance.

For data tables on the MPI and MVI, visit www.nahb.org/mms.

ABOUT NAHB: The National Association of Home Builders is a Washington-based trade association representing more than 140,000 members involved in home building, remodeling, multifamily construction, property management, subcontracting, design, housing finance, building product manufacturing and other aspects of residential and light commercial construction. NAHB is affiliated with 800 state and local home builders associations around the country. NAHB's builder members will construct about 80 percent of the new housing units projected for this year. 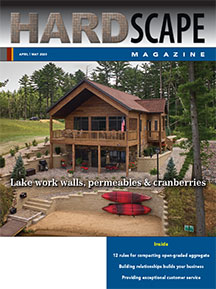